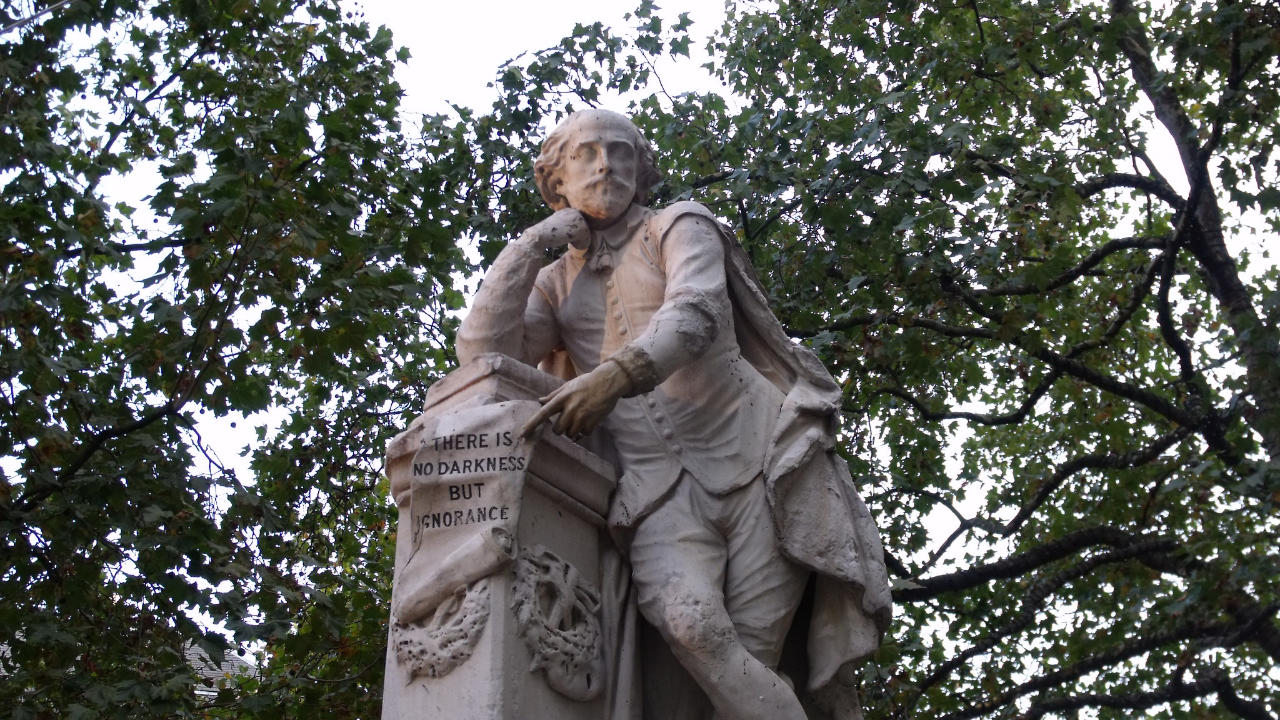 What’s so great about Will?

The works of Shakespeare bore me half to tears.
Those tales as old as time itself remain
Obtuse and difficult to understand.
His plays consist of witches, princes, seers
Iambic monologging all the same!
Decoded, Shakespeare’s tales are rather bland.
Professors love to quote and knead the bard,
Proclaiming, “Genius! Brilliant! Years beyond
His time!” As students rescue dusty books
From dungeons made of brick and stuffed with lard,
Their hearts congeal; the works of critics fond
Of Shakespeare steal and wrack their brains like crooks.
Despite these crimes, the bard committed worse:
One hundred fifty four in sonnet verse.

Hi, I'm Jonathan Sulzbach! I'm a Christian, a husband, a graphic designer and a self-publishing aficionado. My wife Erica and I live in the greater Pacific Northwest. Appleseedeon is my brand.