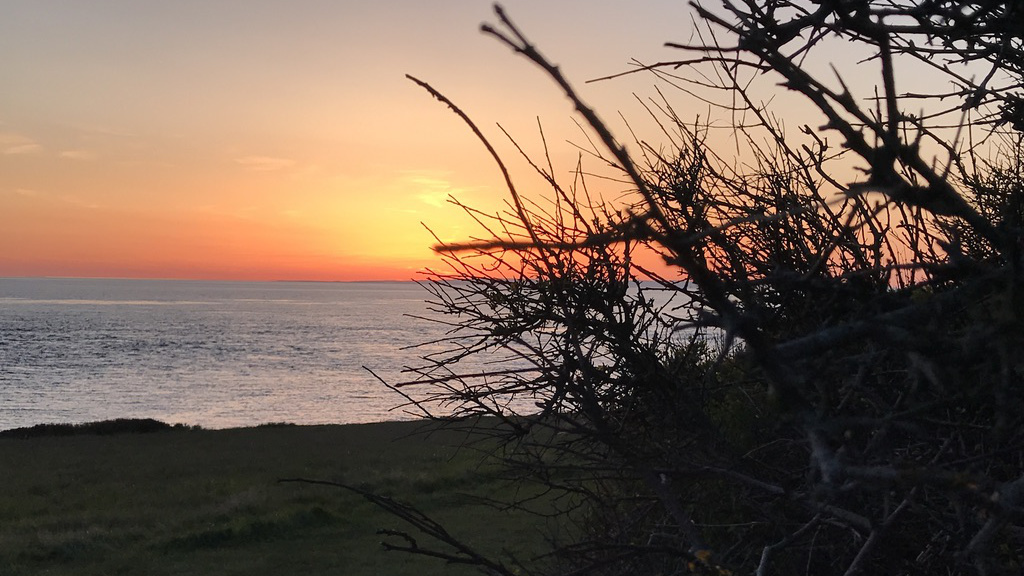 An explication for poetry class circa 2010

David Mason’s “Swimmers on the Shore” is a rich narrative poem featuring characters and elements from the poet’s life. As both the poet and the speaker, Mason explores his relationship with his ailing father in the context of childhood memories, personal identity, memory loss, and even death. Through the use of swimming as an extended metaphor, Mason illustrates a kind of role-reversal that has occurred between him and his father. The poet’s careful word choice and attention to poetic structure effectively reinforce his ideas.

In the speaker’s youth, he and his father often went swimming at the local YMCA. Although he was too short to reach the pool’s bottom, the speaker confidently swam “about [his] father, who could stand” (3). The speaker describes himself as “half a filial circus act / splashing in the Y pool shallow end” (1-2). Like an “acrobat,” the speaker often climbed on his father’s “muscled shoulders” and jumped off into the water. This flashback fills the entire first stanza and introduces swimming as the backbone of Mason’s extended metaphor. Throughout the poem, swimming links the speaker and his childhood to his father and his father’s physicality.

The speaker begins the second stanza with this revelation: “Now I can hold his shrunken frame / in my arm’s compass” (7-8). Although blunt, this transition reveals three facts: one, the speaker is a grown man; two, his father is old and frail; and three, the events in the flashback happened many years ago. What is not said, but rather implied, is that the speaker and his father have traded places in the swimming pool. The speaker was once small and needed physical support to stay afloat; now, his father is the one diminished, or literally “shrunken” in frame.

The speaker regards his father in this new light as the two of them sit “together / on a park bench,” enjoying “lingering summer weather” (8-9). When the time to “make the long drive home” (10) approaches, the speaker’s father, “halfway through some story,” finds that “speech / lies suddenly beyond his reach” (11-12). Fearing that his father’s memory may be failing, the speaker laments, “I see him cast for words, and fail” (13).

The speaker’s father is not merely searching for words; he has “cast” a fisherman’s line into the “cedar-darkened pool” (16) of his mind, where perhaps his memories have already begun to “dissolve” in the water. The “pool” in this instance refers to a place and time when father and son went fishing together under a cedar tree. As for which of them “goes fishing there” (18) now, the speaker says he is “unaware.”

In the fourth stanza, the speaker asks, “Has he begun the long swim out / toward silence that we all half-dread?” (19-20). Just as the speaker needed his father’s physical support in the swimming pool, now the father needs his son. The speaker may be comparing his father’s “long swim out” to more than just memory loss―like an animal that knows it is dying, the speaker’s father could be distancing himself from the living.

As a grown man, the speaker should have no trouble swimming in these thoughts, yet he does. Having traded roles with his father, the speaker finds himself alone in the “Y pool shallow end” (2), wondering how long either of them can stay afloat. He sets his metaphorical pondering aside long enough to hug his “father’s shoulders,” leaning his “head / closer to his”; but, due to his father’s “unfinished sentences,” the speaker is unable to “fathom where or who [his father] is” (21-24). Here, the word “fathom” means grasping or trying to understand, but it has another connotation: in nautical terms, a fathom measures six feet of water. Whether six feet underwater or six feet underground, dead is dead.

Sensing this, the speaker claims in the fifth stanza: “I want to stay” (25) and enjoy the “salt breeze [that] blows across the Sound” (26). The speaker wishes to halt time, to stem the receding tide that threatens to pull his father under and away; this moment is punctuated by “long plaintive cries of seagulls sailing down / to hover over churning foam / there in the docking ferry’s wake” (27-29).

These lines are rigged with dynamic implications―the seagulls, for instance, cry and “sail down / to hover” like vultures, laying claim to some dying creature. The “wake” left by the ferry reads as a literal wake, a vigil held for the recently deceased. Afraid to lose his father, the speaker says: “I want stay for my own sake, / holding the man who once held me / until I dove and splashed about” (30-32). While the speaker admits that his motives for the embrace are selfish, he clearly loves his father.

As the last two lines of the fifth stanza flow into the sixth, the father squeezes his son’s hand. This small gesture hits the speaker especially hard. He concludes, “There is no doubt, / despite his loss of memory, / and though the words could not be found, / it’s I who have begun to drown” (33-36).

Here, at the very end, the poem’s title takes on a new meaning: “Swimmers on the Shore” refers not to anyone on the beach at Whidbey Island, but rather to the speaker and his father sitting on the park bench. The speaker swam years ago in the pool at the YMCA, but now, after wading through memories and metaphors, he finds himself “drowning” without his father. His father was once solid, with shoulders like “two boulders,” more of an anchor than a swimmer. Old and frail, he now swims in the murky pool of his own disconnected thoughts―not yet drowning―but nonetheless drifting beyond reach. Sadly, the most either one can do now is give a hug or a squeeze of the hand. With speech absent, physical gestures are the only lifelines left.

Like waves on the shore of Whidbey Island, Mason’s stanzas possess a rhythmic, graceful quality. The poet’s use of form and meter is intentional but subtle, serving to reinforce the poem’s setting and characters without drawing attention. With a few exceptions, the poem’s six stanzas, each with six lines, are written in iambic tetrameter. Iambs are softer and more pleasing to the ear than trochees because they possess a lilting, speech-like quality. Mason uses iambs to create a relaxed, contemplative atmosphere ideal for sitting on a park bench and watching the waves.

In contrast, lines 5, 9, and 18 are trochaic and feature the speaker and his father’s interactions. The effect is one of friction, as each trochaic line features at least one fricative―a linguistic term for a sound that requires the tongue or lips to force air through the mouth, as in the words shoulders, bench, and fishing. This suggests that the speaker and his father have experienced friction in their relationship, but it may also allude to their personalities having rubbed off on one another.

More subtle than the presence of fricatives, however, is Mason’s use of foot variation in the third line of every stanza. His poem would be entirely tetrameter if not for lines 3, 9, 15, 21, 27, and 33, which feature five feet (usually iambs) instead of the predominant four. Why the variation, especially since the effect goes unnoticed without scansion marks? The answer lies in the content: four of the six lines make specific reference the speaker’s father, whom Mason perceives as a source of strength and stability during his childhood. The pentameter lines stretch across the page and contain the most syllables, portraying his father as a support beam who holds the poem―and no doubt the poet―together.

Each of the rich, complex ideas discussed in David Mason’s “Swimmers on the Shore” are made accessible through a well-constructed metaphor, layered word choices, and attention to poetic form. Although the speaker’s childhood―likely the poet’s own―is only examined in one stanza, the remaining five work dutifully to explore the concept of role-reversal between father and son. The poem suggests that the father becomes the son, and the son becomes the father, but is the latter true? Age has given the speaker the strength and experience to swim on his own. Tragically, his personal identity remains linked to his ailing father.