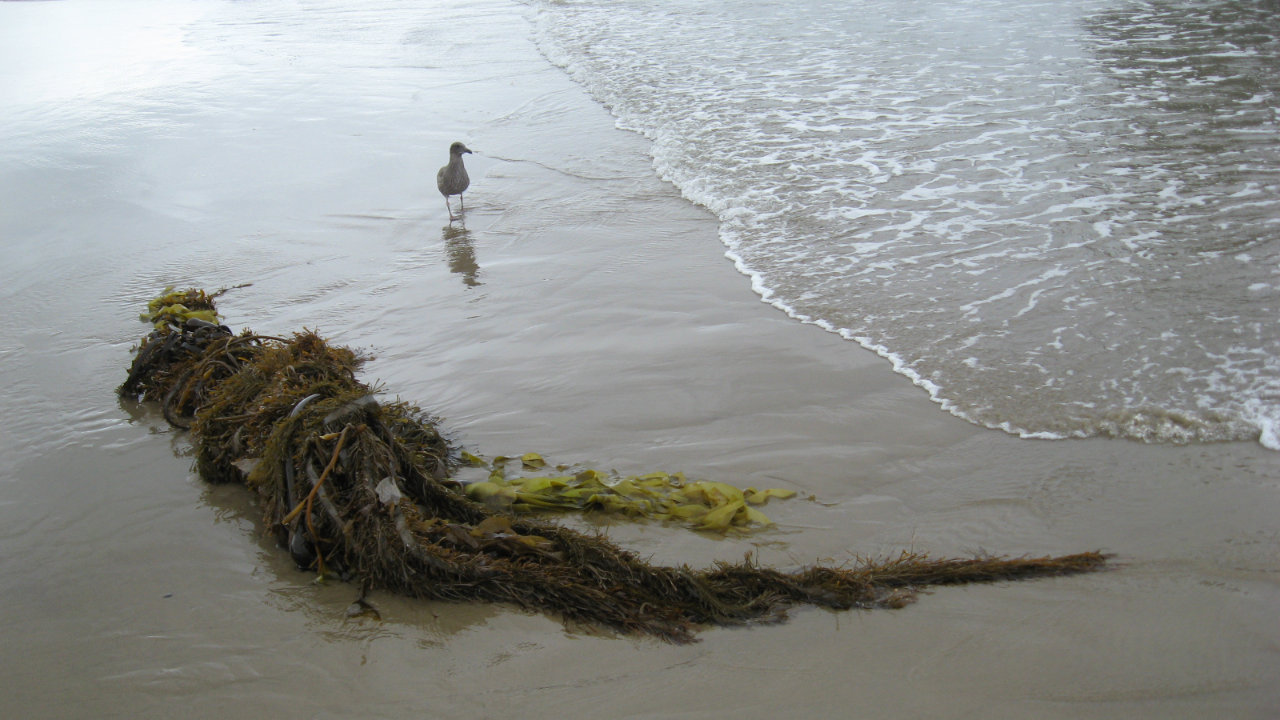 Well, it’s that time of year. We’ve packed our bags, thrown on some shorts, and piled into the family ’95 Ford Aerostar van, heading for the coast. It’s been four years since we last visited Cannon Beach, Oregon. I’ve got mixed feelings about going back, but overall I’m thrilled to be on vacation.

We’re still driving there as I write this on my iPhone. My thoughts are very stream-of-consciousness, but I’ll do my best to be coherent.

I’m trying to think of all that’s happened in the last four years. I’m trying to see if I’ve made any progress in things both big and small. Apart from changing jobs, there don’t seem to be any noteworthy accomplishments. How depressing.

I need to make some goals. Education has been a thorn in my side all this time, supposedly being the deus ex machina for career, happiness, and home. It’s just been a black hole sucking away my time and resources. And yet I may still continue pursuing a bachelor’s degree. Why? So I can theoretically make better money doing something I dislike only marginally less than my current job.

Life is needlessly complicated. It seems all of mankind’s advances have ultimately served to tie us down with extra responsibilities and baseless social obligations. If ignorance is bliss, it’s no wonder so many people struggle with depression. We’ve become shackled to cultural expectations and lost the opportunity to make it on our own. Students can’t afford education without financial aid or grants; couples can’t buy a home without a loan; you can’t visit the doctor without medical coverage. If man’s only desire is to survive, good luck. Heaven help anyone who seeks more.

All right, time jump! Now it’s 9:43pm and we’ve been in Oregon for about five hours. We always stay at the Cannon Beach Christian Conference Center, which is practically on the beach. It’s similar to a small resort, only they have a speaker for the week and various kids programs as well as recreational stuff.

Anyway, our first session concluded at around nine and it was very inspiring. When I was writing earlier, I trapped myself in the kind of thinking that gets me frustrated and depressed. Obviously, I fell into the “it’s all about me” mantra, which leads to the “things aren’t going as planned” mentality, quickly followed by the “woe unto the single, aging, lonely white male with no future” funk.

Of course, there’s more to life than just my happiness. Thank God. I pity those who don’t know their lives have purpose and meaning. It’s tough enough as it is!

Anyway, in years past, I’ve always had a crush on somebody while staying here. Whether it be one of the lovely servers, counselors, or other vacationers, it almost never fails. Hopefully, this time, I’ll be able to keep my roaming emotions in check. We’ll see.

In breaking with tradition, I’m going to try keeping a daily record of my events for this week and make a blog entry each night. It may work better to post a week’s worth of stuff when I get back home, but I kind of like this real-time update stuff.

This is Jon Sulzbach checking out for Saturday, August 23, 2008.

So I’ve come to realize that updating each night this week would prove fruitless for the following reasons: one, all we really do is eat, and two, I’m on vacation.

The recreation bits can include, but are not limited to, sleeping, writing, Game Boy, ping pong, pool, carpet ball, air hockey, foosball, board games, basketball, mini golf, and visiting the beach. So far we’ve had drizzle and rain, meaning I’ve stayed away from the beach. I don’t own a pair of sports shoes, so basketball is probably out.

I did sign up for the ping pong tournament tomorrow at two o’clock, after practicing a fair bit and destroying the morale of my opponents. It’s fun, but my only real competition is my dad, brother, and Caleb Predmore.

Oh yes, the Predmore clan came to Oregon as well and we’ve spent most of our meals with them, as well the recreation time. I took a photo of Daniel with his piece of pumpkin cheesecake (which he offered to throw in my face). Vacation is great so far, and I plan on getting some good naps in during the week. The sessions have been good as well.

One of the two speakers, Bob Vernon, was a cop for the LAPD for many years and he’s got amazing stories he relates to biblical truths. The fact that he talks, sounds, and even resembles Robert Culp as FBI agent Bill Maxwell has endeared him greatly to me.

As usual, my mom is trying to hook me up with any reasonably attractive young woman she sees. I’ve already decided who I want to try talking to and will endeavor to do so if/when the opportunity arises. More as it develops. Or doesn’t, as the case may be. We’ll see.

Well, I don’t really have any significant updates to make, so this will be short and sweet. Speaking of short and sweet (not a shameless segway into romantic matters, fear not), our vacation is already drawing to a close.
It didn’t hit me until today, but I realized I’ve been enjoying vacation so much I failed to take my usual slew of photos. So I took a good number of them today and shot a little video of my journey to Haystack Rock. It’s probably not as exciting as I thought it would be, and my entertaining narrative was kind of… well, lackluster at best. I was too busy trying to keep from stumbling and getting my pants wet to crack any good jokes. Oh well, I’ve got at least one goofy photo to make up for it.

So there’s no romantic prospects this year, which is a little disappointing. I speak of the here and now at Cannon Beach, Oregon; it’s an important point to clarify. As I was saying, it’s been a very safe and emotionally lax experience, which is good, but I’m mildly miffed that I couldn’t so much as talk with a girl remotely close to my own age. Sure, I may have the maturity of a four year-old, but that doesn’t mean I enjoy their company.

The real problem is that I’m getting older but things around me haven’t changed much. The married couples close to my parents’ age have kids who didn’t join them on vacation because they’re either out of the house, married themselves, in another state, at school, or some combination of those variables.

I’ve been able to have bits of almost-conversation with two girls, but they’re so much younger than me I feel like I’m some kind of old, creepy-looking yogurt-eating freak. And honestly, I don’t think older guys should be investing much or any time with younger girls (Christian or otherwise) under the age of eighteen. And even then, there’s got to be a very good reason. Anyway, I’m just rambling. I’ve got the confidence to be friendly and (somewhat) outgoing with the ladies, but not the opportunity. It’s just ironic, I guess. When I was young and stupid, I couldn’t say “Hi.” Now that I’m old and stupid, I would just like the chance to ask, “How are you?”

Oh, I took third place in the ping pong tournament. I guess they only gave recognition for first, but I was pleased. It was single-elimination and I won the first two of three games. Very fancy. Caleb Predmore’s winning streak from our 4th of July faceoff (almost ten games, I think) has finally been broken. I’ve beaten him more than he’s beaten me, but I had at least one terrible, terrible defeat tonight. Most of our games are within two points of each other.

There was a talent show tonight and two Filipino ladies did some kind of “fisherman’s dance,” and it took all my considerable discretionary prowress to keep a straight face. It wasn’t bad, but the one girl obviously didn’t want to do it and the song kept going and going like the Energizer Bunny. After they walked offstage, I burst out with stiffled convulsions that left me crying and gasping for breath. It was pretty hilarious, but you had to be there.

Well, that’s about it. So much for short and sweet, huh? Oh! After three games of Monopoly with my brother Dan and Rebekah Predmore (over the last three days), I finally won! It was a landslide victory with eleven hotels spread out over a full side of the board plus two corners and all the railroads. It got boring though when I couldn’t develop any more property and couldn’t really lose any money. It was a nice feeling.

This is Jon Sulzbach checking out for Wednesday, August 27, 2008.