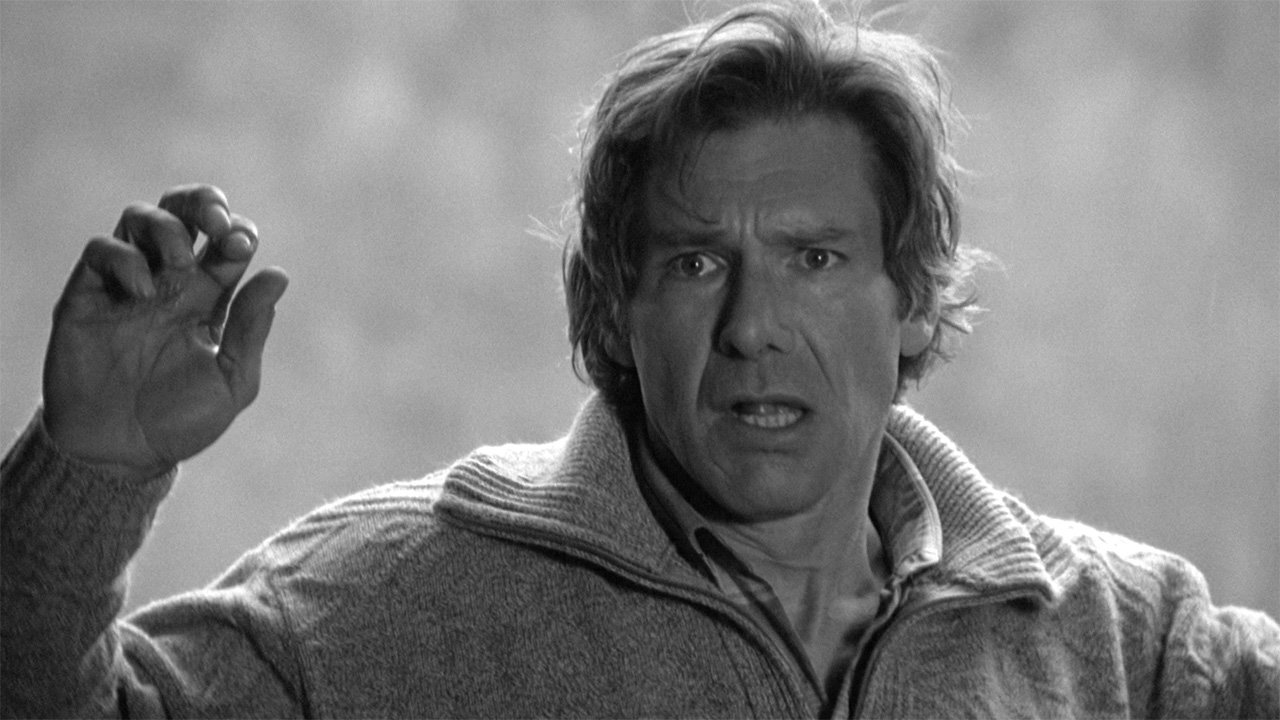 A Fugitive from Sanity

After my good friend Luca relayed a particularly unusual and humorous dream of his, it wasn’t long before I had one of my own. And let me tell you, it’s a dream to end all dreams. Or at least puzzle the pants off most decent folk.

As is the case with most dreams, I woke up in a cold sweat gasping for breath, sweeping back the covers with dramatic flair. Well, not quite. But I did wake up and immediately grab a pencil, proclaiming “Blog!” at the top of my voice. OK, I didn’t shout, but there was a definite mental cry of eureka.

Hastily I scribbled down the key elements, knowing the tendency of dreams and their memory to fade at a moment’s notice. Now then, allow me to enter the first-person, present-tense narrative form…

Our story opens with an unfamiliar scenario. We’re in a tall, smallish, cramped circular room with old style school desks painted white and hardwood wood paneling, portions of which are also white. I see myself and the faces of other students as we labor over a particularly grueling medical examination. It’s made all the more grueling by the fact that I’m neither a medical student nor adept at science, and by that token I fail miserably. Typical.

I find myself back home. Not home as I know it now, nor even where. It’s several years ago at our previous home where I grew up, and initially it feels reassuring. Until I meet my mother and sister, who have curiously aged many, many years. I’m saddened and confused. Things aren’t right at all. What’s happened? Before I can properly fathom the weirdness, I’m off again somewhere else.

The facility of doors and rooms. Endless corridors, twisting together in a maze of disorientating confusion. I don’t know this place.

A house. Someone’s looking for me and I need to hide. Mohamed, my supervisor at work, is there to aid me. He doesn’t say much. The gist of it is that I can’t afford to be found. It’s dangerous. We find a closet and I try to conceal myself behind the door, but I’m not skinny enough. Me, not skinny enough! After fiddling with some drapes randomly hanging in the said closet, Mohamed concludes that I cannot effectively hide there, so we must run.

Next we gain entrance to a strange fortress by way of a white sheet draped over our heads. I walk behind, blind, effectively concealed as the hunch on Mohamed’s back. Luckily, no one realizes that Mohamed isn’t a hunchback, and we continue stealthily undetected. The fortress, I realize, is actually an elaborate indoor waterworks theme park akin to Wild Waves, complete with cylindrical green and blue tubes reaching up into black oblivion. It’s also where I work.

In the back of my mind, I know I am being pursued for some unspeakable crime. What have I done? What did I fail to do? Will I get suspended, or worse, will they kill me? Mohamed doesn’t know, but his time is fleeting. I’m on my own now. Good luck.

The fortress grows darker as I sneak deeper into its heart. The walls are made of thick, black, smoky segmented lumps of charred, bolted plastic. Smooth, flat-sided stones make up random patches along the way. My pursuers are getting ever closer, and I still don’t know what I’m looking for. A tool, a piece, a part, an item… something that’s missing, something that’s lost. Something that if found would vindicate me from all accusations, setting right my perceived wrongs against the company.

Somehow, this is all familiar. I’ve been here before. I’ve dreamt this dream before. I’m dreaming! But it’s still real, and this time I have to face the consequences of being guilty. I won’t find what I’m looking for because I’m guilty. It isn’t there. I did it, or didn’t do it, whatever I’m guilty of. I’m overwhelmed with dread but press on, hoping against the odds that I’m wrong. Deep down I know it’s futile.

I’m at the center of the fortress. Drills, machinery most crude and foul. Tools, nuts, bolts, equipment litter the stone floor. Grinding gears and black water slides, doom imminent. It ends here, I know it. And then they come. A few at first: Virginia, Kat, and even my sister, called in on special assignment by my boss. She doesn’t even work there anymore. They’ve been sent to collect me, to bring me back for punishment. To accept the fate I deserve. They’re not forceful, they’re just doing their job. Come along, now. It’s time.

I resist. I scale steps and tubes and machinery in a mad attempt to escape, clawing at a path out of the den of darkness and death. I reach the top of a small workshop similarly awash in grime and bizarre metal devices large and small. Hammers, pliers, more tools. Kristina looks up from a workbench, offering a sad smile. What the heck is she doing here? She tells me to give up. There’s no way out. She resumes her tinkering. My pursuers are growing in number, following slowly like a half-sleeping mob of level-headed villagers seeking the Frankenstein monster.

At last I am at the top. I can go no further. They suddenly fill the base of the fortress, looking up expectantly at me on the precipice of a terrible, swift mechanical abomination. Rotating shafts filled with terrible grinding gears and jagged bits of metal. I turn, and there’s Michael. He’s huge. He puts out both arms in a gesture of negotiation. I pick up a glass bottle from a workbench and shatter it against his face. He’s unfazed, but disappointed.

I know I’m close to finding whatever it is that I lost. Whatever it is that has everyone turned against me. The one thing that will fix everything. The tool, the part, the device, the item. What is it? What am I looking for? I don’t know. I can’t know.

I’m doomed. In the face of certain destruction and the assured fact that I’m going to be fired (the least of my worries), I decide to do the unthinkable. I edge closer to the edge. All eyes are watching. My audience stares in disbelief. I leap, and then I fall.

My feet graze the surface of the monstrous behemoth that growls and grumbles and rumbles, a hulking mechanical beast belching sulfur and fumes. I’m not flying, but somehow I glide over the inevitable. It shouldn’t be working, it’s impossible, but I embrace it.

Out of the maw of death I emerge, alive. For now. What does it mean? I’m lost. I awake.